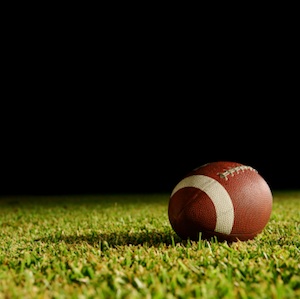 Well, this is new. Due to the Jewish holiday, it was Friday Night Football — Thursday edition. I was in Lantana for Lake Worth vs. Santaluces, which proved to be a nail-biter in the final seconds. And I found myself praying for the home team to hold on so that I wouldn’t have to face overtime with deadline looming. Lucky for me, it worked out.

LANTANA — Santaluces is known for its defense, but it was the offense that helped the Chiefs hold off Lake Worth for a 31-28 victory Thursday night.

Santaluces, which led the entire first half, trailed with less than six minutes remaining after two fourth-quarter rushing touchdowns by Lake Worth running back Donte Fils-Aime gave the Trojans a 28-24 lead.

Running back Bernard Eberhardt’s 22-yard touchdown run with 3:39 remaining gave Santaluces the lead back and the defense was able to hold on to improve to 2-0 on the season.

“It shouldn’t have been that close,” Santaluces coach Daryl Drinkwater said. “But we came back in the fourth quarter. I was real happy to see the offense come back and score, and then the defense held them twice. I told them, ‘A win’s a win. Great job finding a way to win.’ ”

Lake Worth (1-2) took an early lead when Jeremy Kennedy returned the opening kickoff 80 yards for a touchdown.

Santaluces answered immediately with a touchdown drive of their own, capped by a 4-yard touchdown run by quarterback Luis Martinez. The Chiefs scored again on an 8-yard run by running back Bernard Eberhardt. In the second quarter, Martinez hit receiver Darrell Langham deep for a 57-yard touchdown to put the Chiefs up 21-7.

Fils-Aime gave the Trojans their first offensive points with a 3-yard touchdown run in the final minute of the first half. Santaluces added a late field goal in the final seconds to lead 24-14 at halftime.

Alyssa is the Managing Editor for Bears Wire. You can reach her at alyssaabarbieri@gmail.com or follow her on Twitter @AlyssaBarbieri View all posts by Alyssa Barbieri